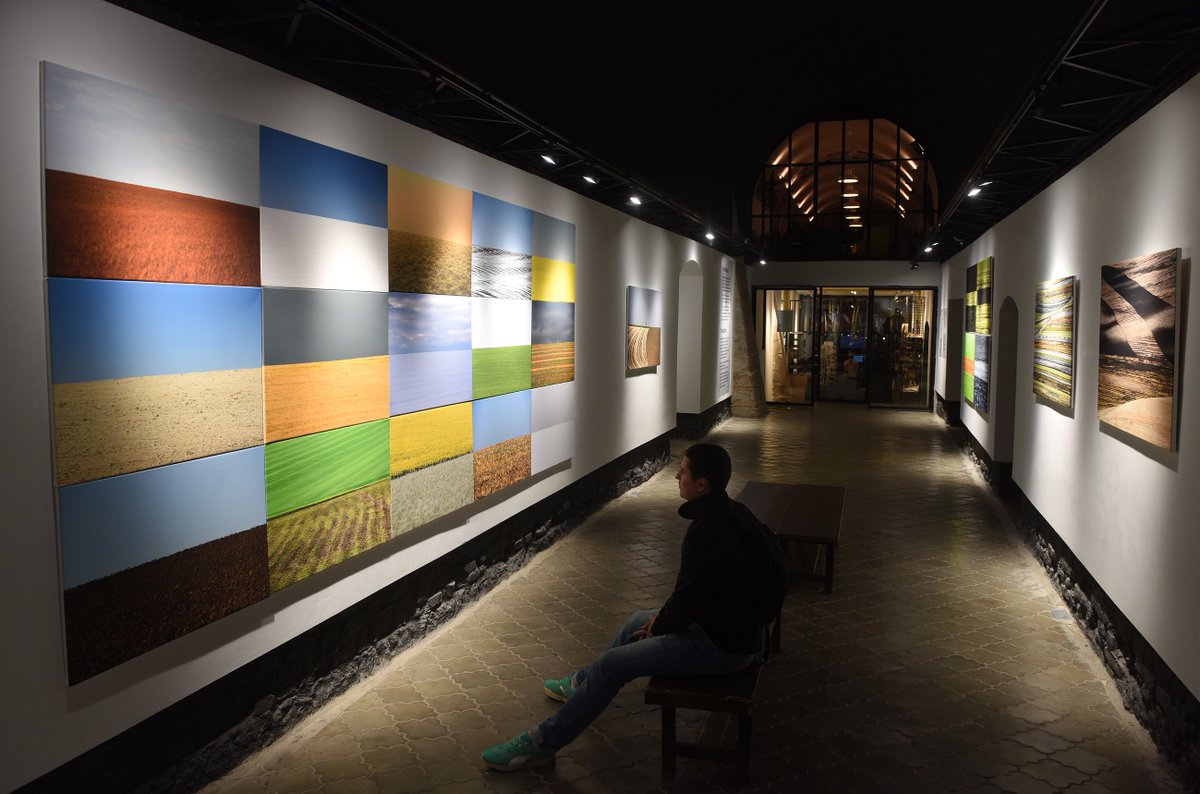 Ukrainian art is strengthening its position at international art fairs and auctions. Canvases of nonconformists are traditionally in high demand, and works of contemporary artists are rapidly gaining popularity. Sculpture, graphics, photography of Ukrainian artists are of interest to domestic and foreign collectors. But abstract painting is sought after most of all. Ukrainian school of painting has a great historical background. Over the past century and a half, its political vectors and social foundations underwent drastic changes, which influenced the cultural processes. Art was often under political system’s pressure, but the quality of the academic training of artists remained consistently high. Ukrainian painting owes its formation to the West European fine art tradition and the art of folk craftsmen, the synthesis of which gave rise to a recognizable, unique style.

Abstract art emerged in the early XX century. Having rejected realistic forms, reflecting their own perceptions of the world in their artworks, having combined visual techniques with philosophy, abstract artists completely changed the subsequent course of development of contemporary art. The emergence of abstract painting is directly related to the artwork of innovators of the early XX century. Representatives of the Ukrainian avant-garde played a considerable role in its formation. Art historians are of the opinion that it was in Ukraine that the first abstract masterpiece was created, painted by V. Kandinsky in 1910. Ukrainian avant-garde artists were creating world-class works, and the level of the local art development corresponded to the cultural processes of Western Europe of the time. Modernist innovative trends started evolving; cubo-futurism, the avant-garde trend, which combined the expression of European futurism with the bright colors and expressive stylization peculiar to Ukrainian traditional art, became a unique national phenomenon. In Soviet times, the development of Ukrainian art was repressed by the aggressive policy of the totalitarian regime, the aim of which was complete control of the society. Art was used by the party as the instrument of agitation, and the innovative creative pursuit was proclaimed to be an illegal activity aimed at discrediting the authorities. The brief period of the so-called “Khrushchev thaw” of the late 1950s – early 1960s, the temporary debilitation of the Iron Curtain, contributed to the emergence of a whole group of innovative artists determined to continue the art processes started by the avant-garde artists. After the termination of the political course towards “democratization”, artists continued creating works that were far from socialist realism imposed by the authorities, having gone now into the plane of the unofficial art, non-conformism. Forced searches for a way to circumvent censorship requirements contributed to the formation of a unique style that distinguishes the works of abstract artists of the Soviet from the post-Soviet states.

In the early 1980s, a new page of Ukrainian art without totalitarian censorship pressure began, where the author’s self-expression, response to social realities, desire to discover historical and cultural heritage, search for points of intersection with the world processes in art constituted the core of the creative search. Artists started collaborating with galleries and auctions, focusing on the art market. It was the time when representatives of European galleries became interested in Ukrainian art, at first buying socialist realism style artworks, and later purchasing non-standard works of the young generation of innovative artists. Due to 70 years of development in isolation from global trends, Ukrainian art of the late XX – early XXI century sought to explore the main directions of modernism and postmodernism, experiments with which were impossible to be implemented during Soviet times. Artists, having an academic background, were open to experiments and new trends. At the same time, the pricing policy of Ukrainian galleries and art dealers made their paintings affordable for the buyer.

There is a whole constellation of Ukrainian abstract painters, who create their artworks combining innovations and traditions. In her picturesque landscapes, artist Ganna Kryvolap uses unexpected combinations of pure and vibrant colors characteristic of folk art. The artist works in the plane of expressionism, lyrical abstractionism, and folk art, trying to embody her subjective psycho-emotional impressions. She does not reject objectivity completely but takes a step towards a live symbol.

Ukrainian artist Max Vitik, who was born and raised in the USA, offers a combination of abstract color spots and images of primitivism, where the influence of primitive cultures and the works of Jean-Michel Basquiat is perceived. Artists Aleksey Ivanyuk and Natalia Korf-Ivanyuk turn to archaic imagery in their works, recreating the colorful Ukrainian nature in their abstract landscapes and still lifes. The expressiveness of the local landscape inspires Andrey Bludov, who also addresses historical and social topics in his paintings. He developed his own painting technique by combining various painting techniques with a stencil. Abstract paintings of Kyiv citizen Petro Bevza are imbued with deep symbolic images, where he combines the figurative with the abstract, using subdued tones of colors, creating an atmosphere of mysticism. Petro Smetana focuses on textures, choosing unexpected angles of the seemingly “ugly” nature – rust on metal, soot on an old kettle, or a shabby fence. Artem Volokitin also focuses on the texture in the Photosynthesis project, combining abstraction and hyperrealism techniques.

Lviv artist Sergey Gai often refers to nudity, creating expressive and memorable female images with the help of just several color spots and expressive brushstrokes. A completely different approach to depicting a female figure is proposed by the representative of the Transcarpathian school of painting Petro Ryaska, who uses a wide palette of colors, creating decorative, stylized compositions.

The main educational art institutions of the country and the painting schools of Kyiv, Kharkiv, Crimea, Lviv, Odesa, Transcarpathia, which formed around them, offer different approaches to solving artistic problems and working with the form and the image, but the unique selection of color and composition always remain unchanged. 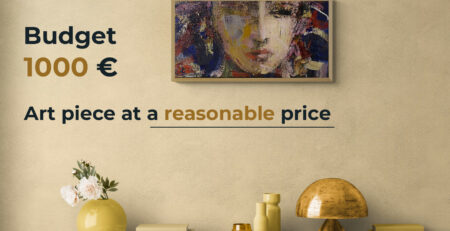 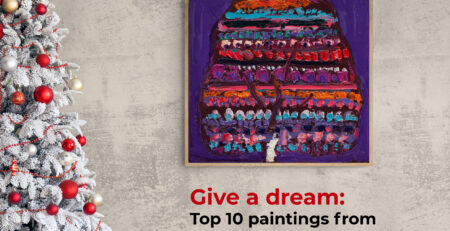 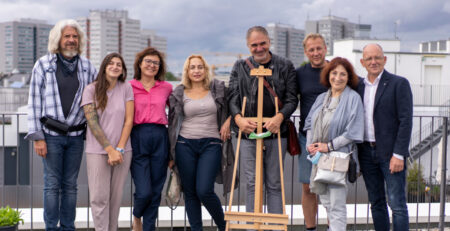