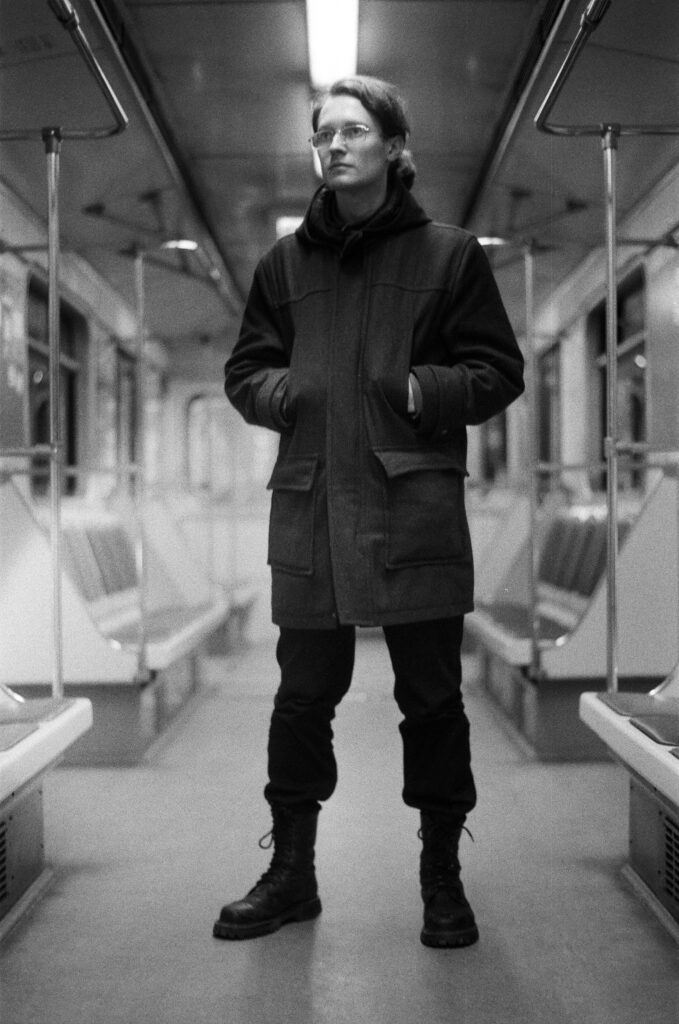 I was born and raised in an industrial city that hasn’t moved away from the Soviet system type of thinking. Since childhood, I have been surrounded by post-Soviet landscapes, factories, a railway, an unfinished metro. Even after moving to another city, I wanted to find similar locations in it, to find what has become familiar to me. Kyiv, although is a more modern city, still preserves a lot of the Soviet legacy. There are many abandoned industrial facilities in it, with which I worked in my painting series. One of the latest projects is a large series of Kyiv Metro. The series is still in progress.

The National Academy of Visual Arts and Architecture