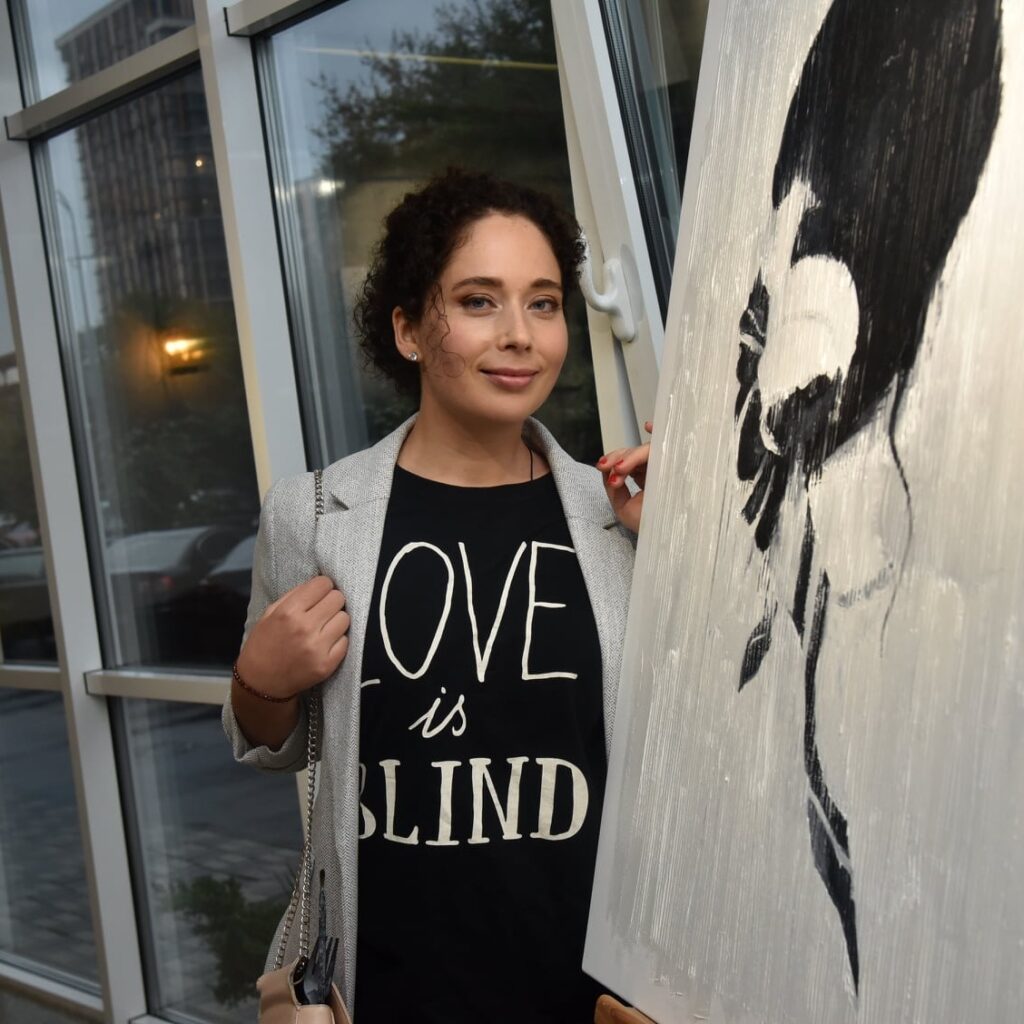 The theme of the artist’s works is the theme of the Universe … The parallel lines present on the canvases symbolize the essence of being and the endless flow forward. Similar to the String theory, which states that the smallest particles are the strings that sound and create our universe. The intention to comprehend the world of emotions and feelings, an attempt to penetrate into the inner world of a viewer to touch the mystery of his soul. The artist mainly paints in oils, but also uses a mixed technique, adding gold foil and acrylic paints. Viktoria chose the grotesque as the main artistic technique with which she creates an integral picture of the world in the image of an animal or a person. Revealing the interconnection of everything living on Earth. The artist’s canvases often feature the image of a woman. Viktoria explains this as follows: “A woman for me is the Universe. Her emotional states and feelings in the beauty of the moment make me abandon the color and detail of the image, the personification of faces, leaving the viewer to think only the artistic image.”