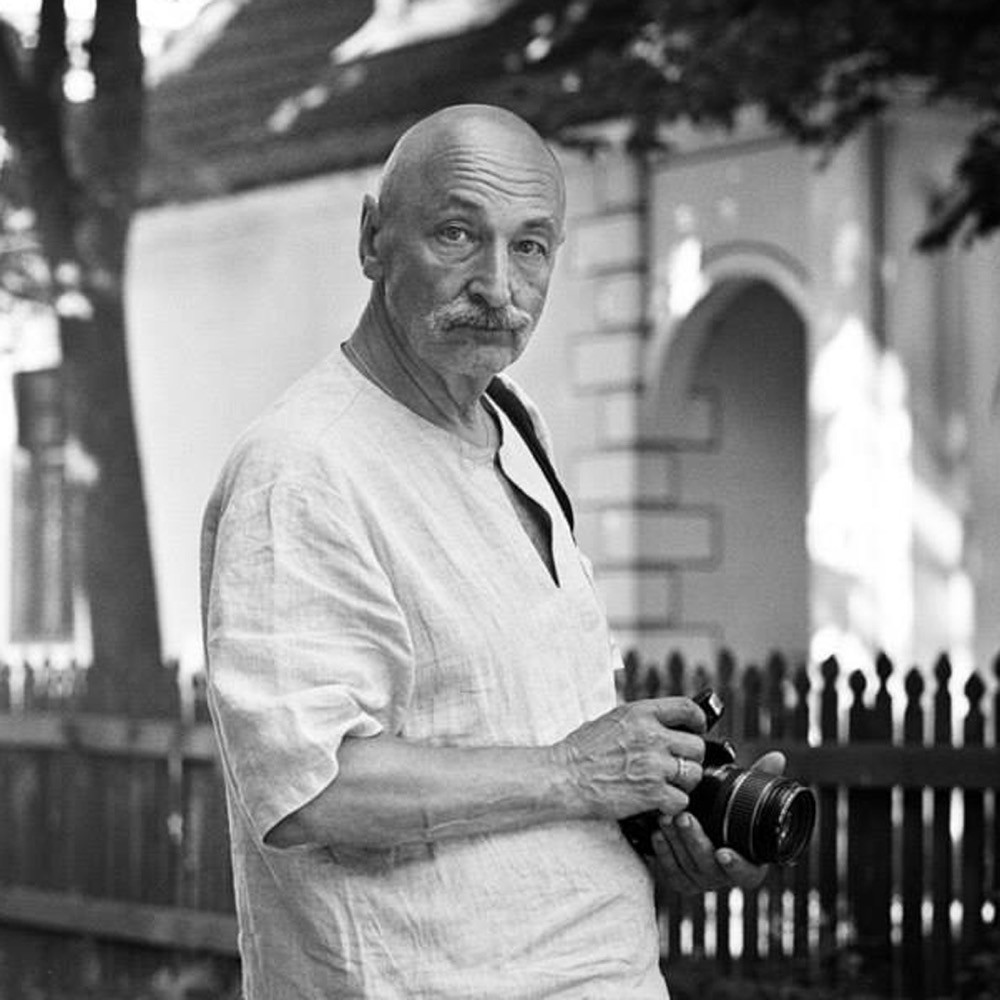 Valery Vedrenko began his passion for photography at the age of 12. Then he became interested in drawing, as it was easier and more expressive for him. He became seriously interested in painting when he studied at a technical college, after meeting artists from the underground in Minsk. During his time at the Museum of Folk Architecture, photography was part of his duties as an architect. Thousands of negatives were made during expeditions in Belarus, which are now preserved in the museum’s collection. However, his work at the museum inspired him to create a cinema, and so, in 1982, he set up an amateur studio. A film about the unique Belarusian potter Anton Tokarevsky “Patriarch” was made on its base. The film was highly praised in Belarus, and in 1986 it was shown at the UNICA-96 international festival of non-professional cinema in Tallinn, where it won the silver medal.

His practice of painting allowed Valery to participate in the first Belarusian exhibition of non-formal art “Panorama” in Minsk in 1990, as a member of “BLO” community (V. Chernobrisov, A. Klinov, V. Pesin and others) and in two “BLO” exhibitions in St. Petersburg. Graphics are stored in the collection of L. Katsenelson’s widow.

In 1996, Vedrenko’s first solo exhibition of paintings, drawings, and sculpture “Hope without Hope” was opened at the Yanka Kupala Museum in Minsk.

In 2004, his experience with digital photography marked a new stage in Vedrenko’s life. The new opportunities allowed Valery to work with photography, creating compositions close to painting, while remaining in the field of photography. Vedrenko called this style “photoplastic”.

2006 1st prize in the competition “My Prague” Moscow