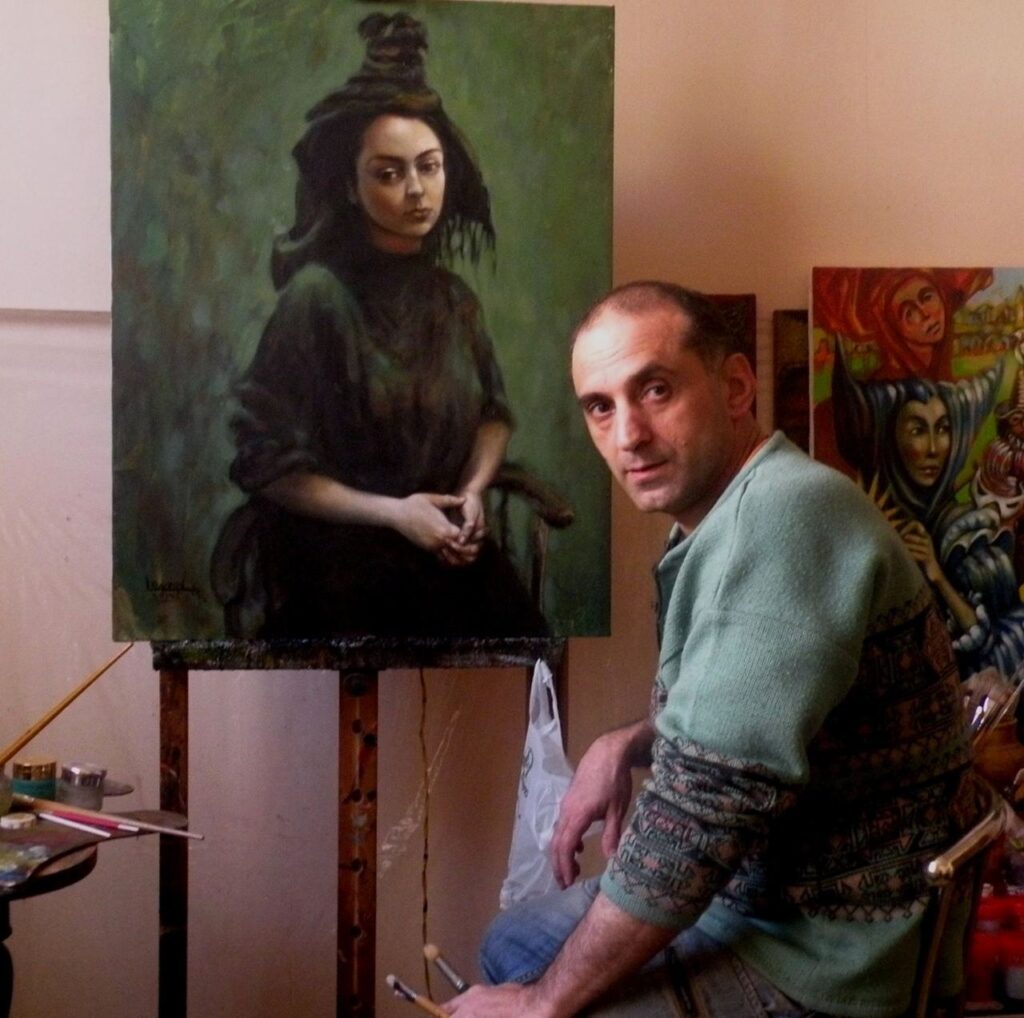 Born into an amateur family of arts, Levon began learning about painting and drawing at the age of 4. “The spontaneous creation of an imaginary character reveals his artistic sensibility and his taste for creation.” Wishing to pursue this path, he signed up for the School of Fine Arts in 1975 in Armenia, then in order to perfect his pictorial practice, he continued studying at the National Academy of Fine Arts, where he graduated in 1992. Levon lives and works in Armenia and often exposes his paintings in France.

His works draw their strength and sensibility in the infinite field of emotions inherent to the happiness of his kind. Man, at the centre of his work, thus finds himself confronted with his passions, where feelings and reason meet. Uniting to form a harmonious balance, the two forces irrefutably lead to the delight of the being. Appreciative of the works of impressionist painters, the poetic and aerial world of Chagall or even fascinated by the multiplicity of styles in the works of Picasso, Levon has constructed his artistic language around the duality of reality / imaginary, which makes all of the beauty of human nature.

Painted with acrylics or oils, Levon’s canvases allow us to see strongly expressive and charismatic characters. Splendidly dressed, they evolve in a timeless décor as if they have come straight from a fantastic tale that everyone can make their own interpretation. Fond of the world of theatre and acting, the painter conceives his works as fragments of freedom and love that offer the possibility of extracting oneself once from pure reality to enter a parallel world marked by lightness and optimism.

In 1996 Levon was invited to Toronto, Canada to organize his personal exhibition in the Citadel Fine Arts Center. It was a success and he was invited there two more times to demonstrate his new works. The second and third exhibitions took place in the September of 1998 and in the May of 1999 respectively.

Member of the Union of Painters of Armenia
Member of UNESCO