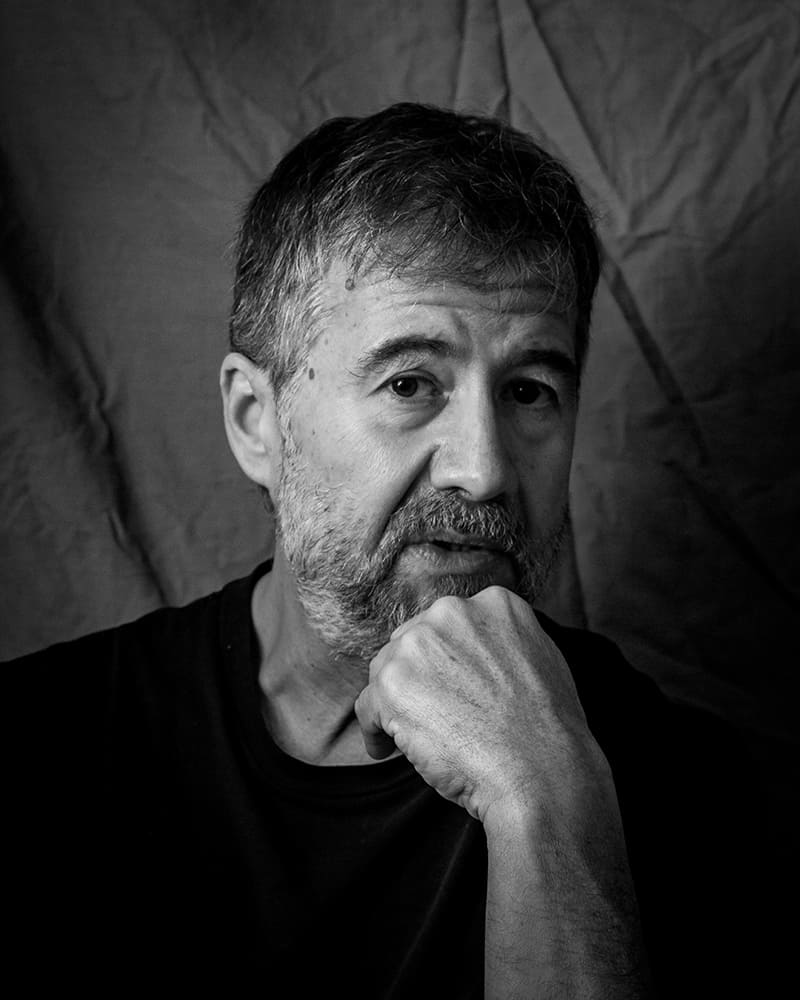 After graduation, he took a job as a teacher and after a few years, he started working in applied graphics. He acquired knowledge of graphic programs and web technology and is part of the widespread use of the Internet. He socializes with the expectations of a professional business environment as a graphic designer for an American online magazine and then as the artistic director of a market-leading company, which later fundamentally influenced his approach to fine arts. His fine arts program was launched in 2010, which still defines his aspirations. In this work, he explores a wide range of possibilities of figural representation. The focus of his work is on exploring the possibilities of painting between the boundaries and contexts of academic realist depiction and abstraction and the tension between these two approaches. His teaching activity is defined by a similar duality. He considers it important to help his students to discover the diverse directions and aspects of contemporary art, but at the same time, he considers it to be essential to getting to know and master the classical foundations and the picturesque vision.

Association of Hungarian Fine Artists since 1995