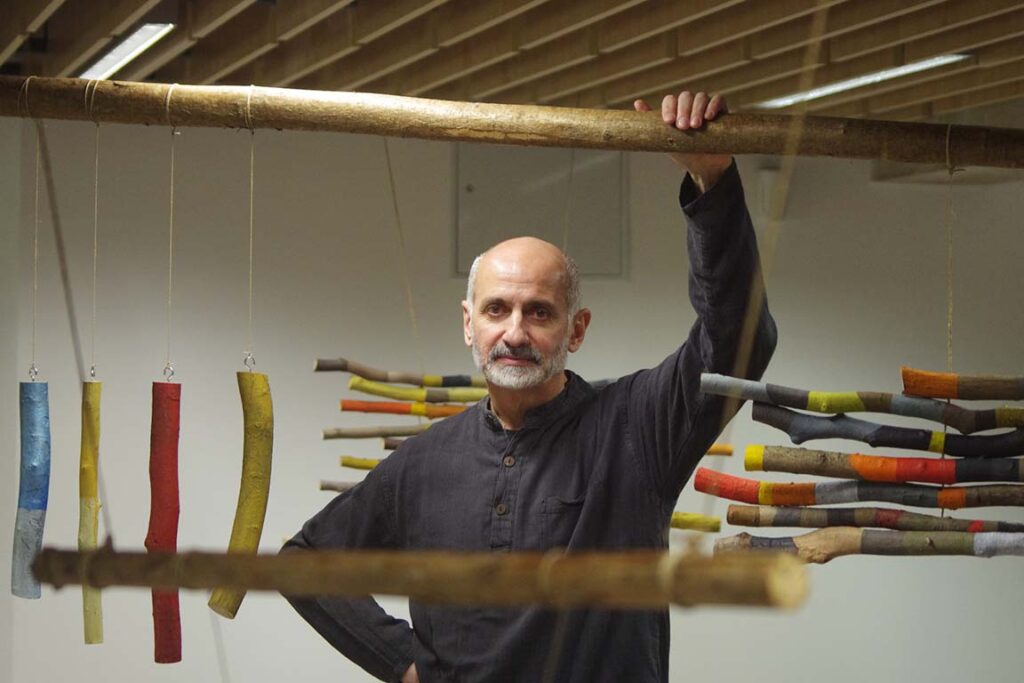 Born in 1958 in Yerevan, Armenia. Lives and works in Slovenia, Russia, Lithuania. Since 1994 co-founder of the “Modius” gallery and design studio. Works in the intersection of various media ranging from traditional techniques to modern multimedia practices. One in the first in Russian Art, who began to develop monumental works made by digital technology. Works much at the problem of human relationships since early 2000. The internet space is an area of his research into the development of the principles, put into the basis of inter-relations (viewed as Art). Further on, in his curatorial projects, he pays attention to invisible human relations, formed in the process of work at large-scale projects with a lot of participants. With the great experience as both an artist and a designer, he uses his own principles in each sphere of his work, his art projects thoroughly thought out and elegantly designed; at the same time Design is often turned into Art. His work also contains music and text, thus creating a new multi-cultural area. Since 2017 co-founder and curator of Center for Contemporary Art Pivka (Slovenia).