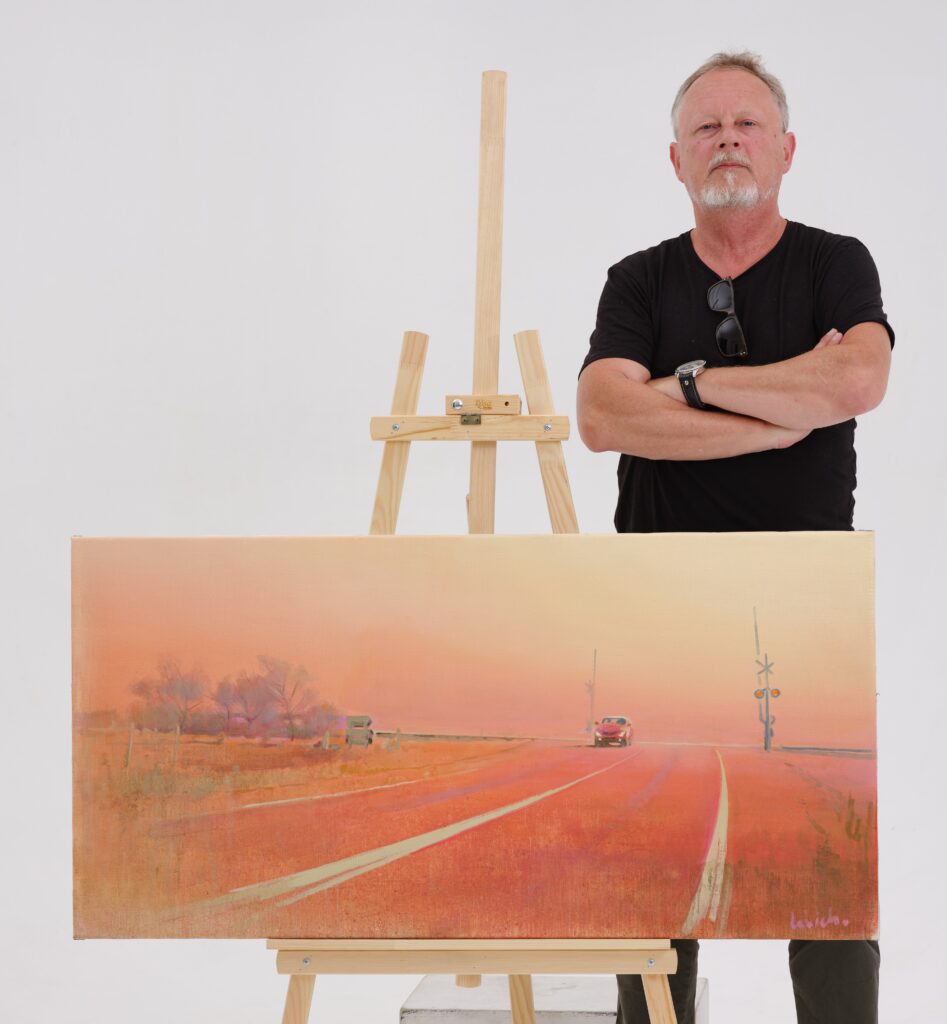 Ukraine
I was born in 1963 in Kyiv, Ukraine. I have been a professional artist for over 30 years now. My paintings may be roughly divided into two main periods. First period lasted for over 20 years after my graduation and may be described as “abstract intellectual symbolism”. For now my works from this period are not presented online, I am planning to present them (at least those that I still hold) a bit later this year. The second period that I call “return to realism” started around 2010 and some of my realistic works are presented here. Paintings of Alexander Levich are included in public collections of the Ministry of Culture of Ukraine, Directorate of the Artists Union of Ukraine, Zaporizhia Arts Museum, and Museum of History of City of Kyiv, in Museum of Ukrainian Painting in Dnipro. Alexander’s paintings are also in numerous corporate and private collections in Ukraine, Russia, Germany, USA, Sweden, etc.

Alexander Levich is a co-author (together with Akim Levich and Yuriy Paskevych) of the monument “Menorah”, erected in 1991 at Babi Yar (a ravine in the Ukrainian capital Kiev) to commemorate Jews that were executed in 1941 on the scene of possibly the largest shooting massacre during the Holocaust. Alexander is also an author of the monument “For the Inmates of Syretsky Camp”, erected in 1991 to commemorate those imprisoned in this Kyiv sub-camp of Sachsenhausen during the Second World War. In 1992 Alexander Levich was a co-author (with Alexander Karunskiy) of the memorial sign “In Memory of Alexey Grischenko” in Punta del Este, Uruguay.

In 1987 graduated from the painting faculty of the Kyiv Art Academy, workshop of Professor A.M. Lopukhov
MEMBERSHIP
Since 1990 I have been a member of the National Union of Artists of Ukraine.